Susan says:
The focus of the book is on the individuals – both actor and victim – whose lives are forever changed by violence. There is more information I’d like to share with you. This section of my Website has some of the many facts I learned while researching the book. And if you want to learn even more, Nanon Williams, who is on the cover of this book, has his own book recently published. The Darkest Hour is a must read. You can also visit Nanon’s website: http://nanonwilliams.com.

Discussion Questions for No Choirboy:

1. Are you the sum total of your worst act?
2. Are we able to determine, justly, what punishment people deserve for their worst act?
3. What obligation, if any, does society have to those who commit horrible acts?
4. Is the death penalty ever justified?
5. Should juveniles who commit capital crimes be tried as adults?

Major Court Rulings Which Have Affected Death Penalty Law in the U.S.
Furman v. Georgia, 408 U.S. 238 (1972)
The death penalty as applied is arbitrary and capricious and therefore a violation of the Eighth and Fourteenth Amendments to the U.S. Constitution.
The death penalty was, in practical terms, abolished.

Gregg v. Georgia, 428 U.S. (1976)
The punishment of death for the crime of murder did not, under all circumstances, violate the Eighth and Fourteenth Amendments. Retribution and the possibility of deterrence of capital crimes by future offenders were not intolerable considerations for legislatures to weigh when determining whether the death penalty should be imposed.
This case distinguished Furman and the death penalty was reinstated.

Lockett v. Ohio, 438 U.S. 586 (1978)
The death penalty can only be imposed after the sentencer has been permitted to consider mitigating evidence which includes evidence about the circumstances of the offense and the character of the offender.

Batson v. Kentucky, 476 U.S. 70 (1986)
Batson prohibited a prosecutor from challenging potential jurors solely on account of their race, or on the assumption that black jurors as a group will be unable to impartially consider the States’ case against a black defendant.

McCleskey v. Kemp, 481 U.S. 279 (1987)
This case was based on a study in Georgia called The Baldus Study. It demonstrated that the death penalty was imposed more often on black defendants and the killers of white victims than on white defendants and killers of black victims. No matter. The Court ruled that though there appeared to be a correlation regarding race, there was not a constitutionally significant risk of racial bias with Georgia’s capital-sentencing process. Thus, it did not establish a violation of the Eighth or Fourteenth Amendment.

Brady v. Maryland, 373 U.S. 83 (1963)
This case is not a death penalty case per se. It established the precedent for the defendant to be entitled to a new trial if exculpatory evidence was not disclosed by the prosecution.

Roper v. Simmons, 543 U.S. 551 (2005)
The Eighth and Fourteenth Amendments prohibit the execution of offenders who were under the age of eighteen when their crimes were committed. Read more about Roper v. Simmons here.

DNA
The 1990s saw many scientific advances relating to death penalty questions. Most important for this history is the discovery of DNA. 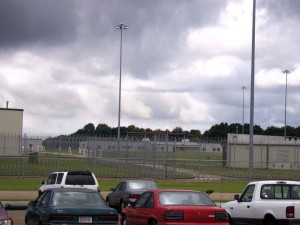 What is DNA, actually?
“Every person except identical twins (or triplets, etc.) has a unique pattern of DNA,” explains Margaret Berger, a professor of law at Brooklyn Law School who has served on a National Academies of Science Committee on DNA.
“Consequently, DNA has become the most powerful tool we have ever had for identifying the perpetrator of a crime. If DNA left at the crime scene matches a suspect’s DNA, the likelihood that the suspect is innocent is one chance in the millions. But DNA is equally powerful as a tool for proving a person innocent of a crime. When DNA found in evidence at the crime scene, such as blood stains on a victim who struggled with her assailant, or semen found in a rape victim, does not match that of the suspect, we know with great confidence that the suspect is innocent.

“To date about two hundred persons, some imprisoned for more than fifteen years, have been released when DNA testing showed that they did not commit the charged crime. A number of the exonerated inmates were on death rows. Public sentiment about the death penalty has changed considerably with the awareness that wrongful convictions do happen. There would undoubtedly be more exonerations if material from crime scenes had been saved, but in more than 75% of the cases in which an inmate requests post conviction DNA testing, there is nothing left to test.”

Gross History
In 1882, Thomas Edison amazed the world when he lit up Wall Street. But there was a problem. The voltage from his direct current (DC) was too low to travel more than about a mile from his power station. George Westinghouse, a competitor of Edison, solved the voltage problem by using alternating currents (AC) to transmit electricity more powerfully. The “battle of the currents” became hot news.

Edison wanted to convince the public that Westinghouse’s AC current was more dangerous than his own, and he came up with a creative plan. In the courts and laboratories in the United States, the “science of death” was being studied in order to find a humane and speedy way to carry out capital punishment.

A new method of death – electrocution – became the method of choice. According to the Supreme Court, electrocution was “a step forward … based on grounds of mercy and humanity.”

Even though Edison said he was personally opposed to capital punishment, he managed to control his repulsion, and lobby congress in favor of the electric chair. He said that “an electric current of 1,000 volts would kill instantly, painlessly, and in every case.” Then, he endorsed the use of AC, Westinghouse’s current, because DC “doesn’t seem to have much effect on the nerves.”

Edison figured that if AC was used to kill people in the electric chair, Americans would never allow it into their homes to cook their meals and light their rooms. “The executioner’s current,” he called it. Westinghouse was furious.